What is Fringe Science? Weird Ideas That Make You Think

Inside:  What is fringe science?  Fringe science looks at often bizarre, far-out ideas in already established mainstream studies.  Although fringe science is founded in established science, it explores concepts at the extreme boundaries of ‘regular’ science. *This post contains affiiate links.

In 2008, I became interested in a new television show.  I am an X-Files fan.  A story about bizarre occurrences and radical science theories peaked my interest.  Fringe was the name of the series that ran from 2008 to 2013.  My family and I were hooked from episode one.  If you can stream it on-line and you are a lover of the weird and unusual, I highly recommend you try it out. Binge watching on Netflix is my favorite way to enjoy a series.  Unfortunately, I believe it has been recently removed from that streaming service.

Fringe was a show that looked at the question, What is fringe science? The series included weird creatures, time travel and parallel universes. It was an interesting vehicle to become acquainted with a variety of far-out, radical but slightly plausible theories.  Two consultants on the show poured through scientific research.  They regularly, looked for unique, out-there science to fuel ideas for each episode and the overarching mythology of the show.  It was a formula that worked. It provided someone like me a show I wanted to watch week after week.  And after viewing an episode that really peaked my interest, it was fun to scour the internet to read about current, related real-life research.

What is Fringe Science?

Rarely, fringe ideas do become accepted by ‘regular’ scientists.  Evolution, the Big Bang Theory and Continental Drift were at one time considered fringe science.  Although they are still theories debated by some, they have come to be accepted as legitimate theories.

Although fringe science is founded in established science, it explores concepts at the extreme boundaries of mainstream studies. Because of the extreme nature of these ideas, fringe science tends to receive very little funding. Thus, fringe scientists often fit the mold of the ‘mad scientist’.  Nevertheless, these scientists are mavericks, rebels if you will. They are often a strong force in scientific change.  Their radical thinking can lead mainstream science to changes in the usual and accepted way of doing or thinking about science – a paradigm shift.

Test Your Knowledge of Fringe Science

As an educator, I have used quizzes and questionnaires with my students for a variety of reasons.  I’ve used them as tools to evaluate their learning.  They are a great way to see what students already know about a topic before I begin a new unit.  Sometimes, they are just plain fun to take and see what you know in comparison to others.  I’m a big fan of taking an interesting quiz I’ve discovered in my on-line reading.  If you love the weird and unusual I challenge you to take some or all of the following quizzes.  They’re fun and you’ll learn some new facts at the same time.

Some Useful Resources to Learn more about Fringe Science 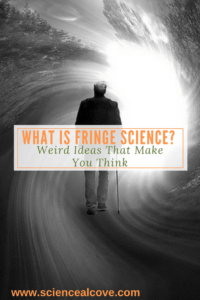 Got a question, article idea, website or news link about fringe science? Put down your coffee and share with me.