Why Do We Love to Believe in Monsters?

Inside:  Why do we love to believe in monsters? Cryptozoology continues to fascinate us but to answer why we must look at the psychology of human interaction.

Only a few centuries in our past, belief in beasts and monsters was common. Click To Tweet

Fairytales and ancient mythologies abound with stories of terrifying  and strange monsters.  The Greeks had their Minotaur and medusa.  The living clay Golem haunt Jewish children’s dreams.  The British have their elves and the Chinese their dragons.

No where are the tales more horrifying than those from sailors having returned from adventures across the vast oceans. Sailor’s yarns originated from tales they told each other, often about monsters of the sea, to pass the time while doing the boring jobs on a seemingly endless voyage.

Sailor’s yarn or tackle yarn as it was also called, was made from old ropes and was used by sailors to wrap lines and hawsers (the heavy rope used for mooring or towing boats).  Twinning or spinning yarn was a nautical task for fair-weathered days.  It was also an extremely boring task.  So, sailors spent their time doing what we all do when completing boring work with others – they told stories.  Sailor’s stories tended to be of their wild adventures on sea. The more terrifying or funny, the better the story.  Over the years, spinning sailor’s yarn acquired a new meaning.  The stories became the main thing. The work was incidental.  The Sailor’s Yarn was born.

Sailors would pass this time recounting their adventures at sea.  Just like fish tales and telling ghost stories by a camp fire, these stories became exaggerated over time – anecdotes became sagas and wildly exaggerated dramas as the sailors tried to outdo each other.  Sailor’s yarns border the line between truth and fantasy.  The story is a bit confused but has enough impressive elements to be believable.  Just like urban legends, the listener never quite knows whether they are being taken for a ride.  As in fish tales, a little fish becomes a monster shark and the sight of a squid awakens the kraken and sends an entire ship to the bottom of the sea.

For centuries, there have been reported sightings of giant sea monsters. Hans Egede, a Norwegian missionary who later became bishop of Greenland recounted this yarn from one of his sea voyages:

“On the 6th of July 1734, when off the south coast of Greenland, a sea-monster appeared to us, whose head when raised, was on level with our main top.  Its snout was long and sharp, and it blew water almost like a whale; it has large broad paws; its body was covered with scales; its skin was rough and uneven; and when it dived, its tail, which was raised in the air, appeared to be a whole ship’s length from its body.”

In 1752 the Scandinavian bishop, Eric Ludvigsen Pontopiddan published a book – Natural History of Norway  – which included a section on a sea monster named the Kraken which was described as round, flat and full of arms. Scandinavian mythology describes the Kraken as so large its body appears as several islands.  It is told that unsuspecting sailors would be lured towards land, until the ‘island’ erupted out of the water in a massive tangle of tentacles.  The ship would be pulled to the bottom of the ocean.

Why We Believe in Monsters

Monsters of all kinds have captured human imagination for thousands of years and they still do.  Mythology is filled with mysterious and terrifying monsters:

The big question is:

Why do we, as humans, seem to have a need to believe in monsters? Click To Tweet

“The human brain is always trying to decide why things happen, and when the reason is not clear, we tend to make up some pretty bizarre explanations.” — Brian Cronk, professor of psychology at Missouri Western State University

Giant snakes become dragons and unearthed dinosaur skeletons fuel tales of monstrous creatures lurking in the forest. When ships disappeared without explanation from calm seas, their disappearance was said to be not technical failure but monsters coming up from the seafloor to drag the ship to the ocean bottom.  Those who lived in areas prone to earthquakes explained them away as monsters rising up from the ground to wreak havoc.

Science should have lessened our belief in monsters but the belief is still strong in many of us.  Media and the money-making machines of cinema and the news help keep the beliefs alive – remember Jaws and Pirates of the Caribbean? For many, the fear that something might lurk in the depths of the ocean or the vast wilderness is still strong.  And for the savvy, there is a lot of money to be made keeping that fear alive and well.

So, why do so many of us keep believing in strange creatures?

Even those of us who believe that there are ‘hidden monsters’ out there will agree that the monsters of ancient mythology are just that – myths.  Only a few centuries ago, however, most people had some belief in strange beasts.  Today, most people doubt their existence but a few hold on to the belief that there are curious ‘monsters’ that inhabit our planet.  Every few months, monsters of one kind or another make the headlines:


In the past, unusual animals have been rumored of by adventurers. The duck-billed platypus was thought to be a hoax until a live specimen was observed.

It is the unlikely combination of a duck (bill and webbed feet), beaver (tail), and otter (body and fur).  At first glance it looks like something put together by Dr. Frankenstein in his lab.  But it does exist.  Komodo Dragons also caused a stir when they were first observed – a living, deadly dragon!  Organisms such as these oddities fuel the imaginations of those who believe in strange monsters.  So too does the discovery of animals once thought to be extinct keep some explorers going. The Coelacanth was accidentally brought up in a shark-gill net at the mouth of the Chalumna River on the east coast of South Africa in 1938.  Other living fossils have since been discovered which keeps the desire to find strange monsters lurking in our oceans and wild areas alive. 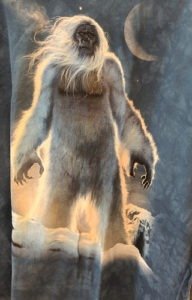 There are those that believe these very large creatures are alive and well and living in the forests of North America, in the case of Bigfoot and in the case of Nessie, in Loch Ness in the Scottish Highlands.

Where fictional accounts of monsters is meeting reality is in the ocean.  The ocean is vast and largely unexplored. The possibility that huge beasts exist makes more sense in this environment.  And it is thought that ancient stories of sea monsters have found their counterpart in some relatively newly discovered species.  But this topic, my dear readers, will be fodder for another post. 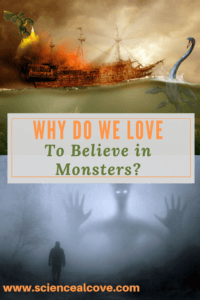