What is Hep C? Lesson from the Beautiful Natalie Cole’s Death

R & B singer Natalie Cole, daughter of the legendary Nat King Cole, died December 31, 2015 at age 65.  Her cause of death was heart failure.  She died at Cedar Sinai Hospital in Los Angeles from complications of Hepatitis C.  She admitted to intravenous drug use in the early ’80’s.  It was this past heroin addiction that she blamed for her contraction of Hepatitis C.

What is Hepatitis C?

Hepatitis C is a viral disease that attacks the liver.  75% of people infected with this virus develop a chronic infection.  For 25% of those individuals, chronic Hep C can lead to cirrhosis of the liver, liver failure and liver cancer over a 25 to 30 year period.

Hepatitis C is spread through contact with infected blood. Intravenous drug use is a prominent cause of infection, especially in the case where needles are shared.  As well, getting tattoos, piercings, pedicures, manicures or medical procedures without proper sterilization are ways Hepatitis C is contracted. 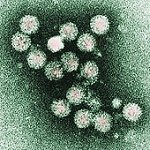 When Natalie first contracted the disease, likely in the ’80’s, she probably felt few to no symptoms.  She may have felt mild flu-like symptoms such as nausea, fatigue and reduced appetite.  By the time symptoms appeared, she was likely suffering serious liver damage.

In Natalie’s case, the most effective treatment for Hep C was chemotherapy, likely in the form of injections of interferon. Interferon was designed to stimulate the immune system.  It had many side-effects.  In Natalie’s case, it destroyed both of her kidneys. She was lucky to receive a kidney transplant which gave her extra years.

Since 2010, new therapies for Hep C infection have been developed. Direct-acting antivirals are pills that act on the Hepatitis C virus, removing it from the body.  The cure-rate using these therapies is over 90% with few negative side-effects.

There is no vaccine available to the public to prevent Hepatitis C yet. It is a disease caused by a complicated, variable group of viruses. This has made production of a vaccine difficult.  There is one two-tier vaccine for Hep C currently being tested on people.  This trial should be completed in 2016 and has shown positive results; however, more testing will be required before it is available to the public.

The antiviral therapies now available, seem to be effective at all stages of the disease.  However, damage to organ systems cannot be repaired by this drug so access to the drugs sooner is better than later.  If Natalie Cole had access to these drugs earlier in her life, the liver and heart damage causing her untimely death may have been avoided.