Interstellar Travel: Could it be for Real?

Inside:  Interstellar travel — time travel is it fact or pure fantasy?  Science has something to say about this.  This post contains affiliate links.  If you click, I may make some coffee money at no cost to you. 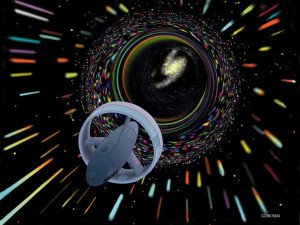 “We’ve always defined ourselves by the ability to overcome the impossible. And we count these moments. These moments when we dare to aim higher, to break barriers, to reach for the stars, to make the unknown known. We count these moments as our proudest achievements. But we lost all that. Or perhaps we’ve just forgotten that we are still pioneers. And we’ve barely begun. And that our greatest accomplishments cannot be behind us, because our destiny lies above us.” — Cooper from the movie, Interstellar

Imagine we have destroyed Earth’s capacity to sustain life. Global changes in temperature, CO2 levels and destruction of the protective ozone layer mean our food supplies are dwindling.  Rainfall has become precipitously low. Destructive dust storms are the norm.  If humans are to survive, we must find elsewhere to live. The movie Interstellar described just such an Earth where we had outworn our welcome.  We needed to move on or die as a species.  If you’d like to watch the movie yourself, you can buy it from Amazon here.

Most movies like this one are complete fantasy.  Some are based loosely on science.  Interstellar, I was surprised to discover, has strong scientific backing for its main plot line.

No one can deny the excitement of visiting another world. — Barney Oliver

Can we expect to pack our bags, hop on a space ship and travel to another galaxy tomorrow?  No way.  But some astrophysicists have theories.  And those theories point to a strong possibility of interstellar travel in the future of human-kind.

A study published in the Annals of Physics hypothesizes that our whole galaxy might be a giant wormhole or space-time tunnel.  Dark matter appears to be key in this hypothesis.  Apparently dark matter has been mapped in the Milky Way and if that map is paired with the most recent Big Bang model of the universe along with the belief of space-time tunnels then it becomes likely our galaxy could have one of these tunnels.  Calculations made by scientists including Paolo Salucci suggest these tunnels could be travelled through – just like in Interstellar!

That’s a lot of guesswork, however and now wormholes are only considered a possibility.  However, this hypothesis is getting significant attention.  Salucci points out that dark matter was explained by a hypothetical neutralino particle which has never been detected.  Salucci suggests it is time to look at alternative theories that envision dark matter without this particle.  He wonders if dark matter may be ‘another dimension’ or galactic transportation system itself.  This out of the box thinking may bring us closer to the interstellar travel only now possible in the movies!

Do you find the idea of interstellar travel freaking fascinating?  Check out Great Courses Plus and search this title: Special Relativity and Interstellar Travel.  The information is mind-blowing.

Are you a fan of space in general?  Take this quiz and find out how much you know about the subject:  Space Quiz: What do you know about outer space? 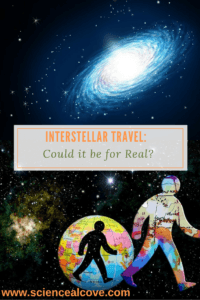