Why is it Important to Teach About Paleontology?

Real Reasons to Teach About Paleontology

There are many reasons to teach about paleontology.  Paleontologists are scientists so they use the scientific method.  They learn about the past mostly by studying fossils.  Because fossils provide only trace evidence they really need to put on their thinking caps to ask the right questions. Otherwise, how would they put the pieces of a fossil puzzle together to get some meaning out of them.  Science is all about solving puzzles.  Paleontologists are expert puzzle solvers so learning about their methods creates better scientists.

Think back to your early years…go on.  It might be difficult but give it a try.  I bet that dinosaurs were a big part of your early years.  Likely you knew the scientific names of reams of dinosaur species.  I know my kids did.  Paleontology is a miraculous science, part art, part imagination with a whole lot of science thrown in.  It inspires curiosity in both the young and the old.  It shows us where we came from and how our world was shaped by all the organisms that have ever lived. 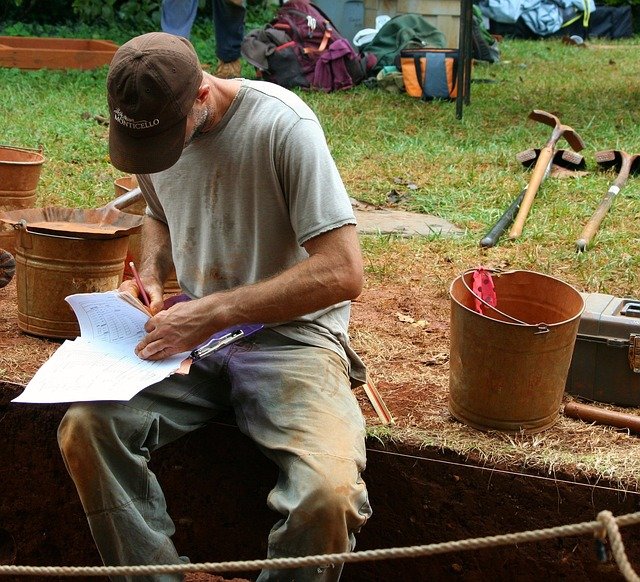 Why is it Important to Study Paleontology?

Why should we teach paleontology?  Because it is important to learn about the past, the present and the future.  By studying paleontology kids learn about how climate change has affected past organisms.  Through fossils, kids get to see how living things affect their environment; and thus, change the physical world.  Students discover why species go extinct.  Through the fossil record, they can see how evolution changes animals and plants.  Finally, kids can see how biodiversity has changed over the millennia that living things have existed on Earth.  Paleontology is a great way for young scientists to learn how to use the scientific method.

Did you know that an analysis by the National Science Foundation discovered that on 44% of American adults sampled understood that humans developed from earlier species?  As well, over half of the sample believed that humans and dinosaurs walked the earth together.  Because of these and other misunderstandings, it is very important  to include studies in paleontology in the primary and high school curriculums.

Look at the wealth of information that can be learned through studying paleontology: 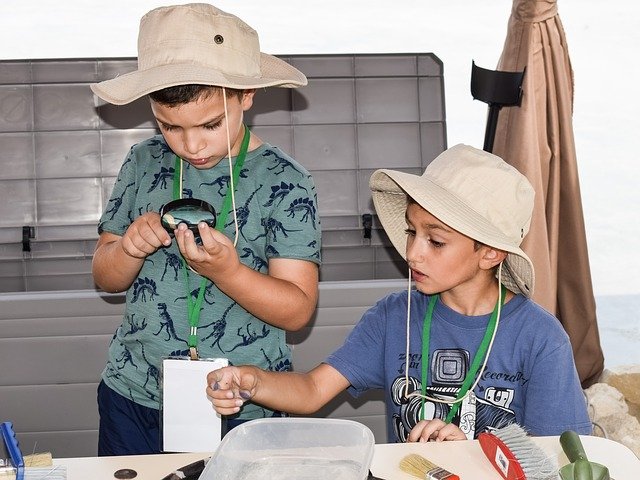 Little paleontologists learn about the scientific method by studying fossils. Image by Dimitris Vetsikas from Pixabay

Why is it Important to Learn about Dinosaurs?

Most young kids adore dinosaurs and why wouldn’t they because they are so cool.  Give them activities about their favorite creatures to get them excited about studying science.  Many were gargantuan or had super unusual features which kids find fascinating.  By studying many fossils from similar dinosaur species kids learn more about evolution.  By seeing where dinosaurs and other fossils are found kids learn about plate tectonics and biogeography.

Dinosaurs are the best way to teach kids, and adults, the immensity of geologic time. — Robert T. Bakker 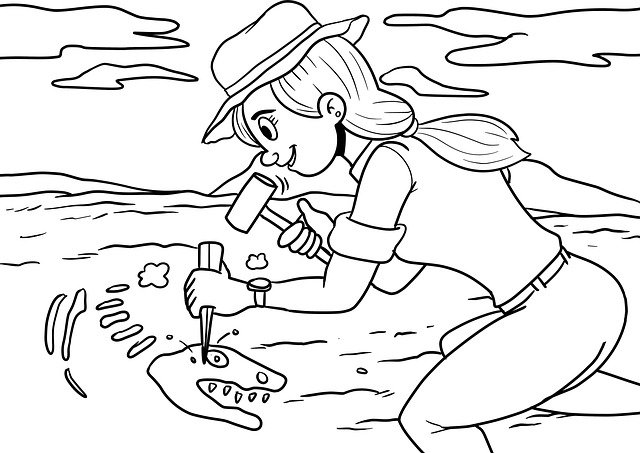 Paleontologist excavating dinosaur bones. Image by S. B. from Pixabay

Why is Paleontology Important in Evolution?

Paleontology is important in learning about the theory of evolution.  Fossils are rare but there still have been thousands of fossils discovered.  Enough have been found to show the descent of many present-day organisms from common ancestors found in the fossil record.  Relationship diagrams (phylogenic trees) are improved regularly as new fossil evidence is discovered.  Now that genetics has become a big part of paleontology, relationships between past and present creatures is becoming even clearer.  For example, it is now clear that all dinosaurs did not go extinct.  Dinosaurs still live in the form of birds who share skeletal features with theropod dinosaurs.

Dinosaurs are the best way to teach kids, and adults, the immensity of geologic time. — Robert T. Bakker Click To Tweet

Birds evolved from theropod dinosaurs and are in fact considered living dinosaurs. Image by Tirriko from Pixabay

Why Should Children Learn about Fossils?

Dinosaurs are the jumper cables to the human mind. Kids can’t curb their enthusiasm when they’re in a hall of dinosaurs and mammoths and mammoth hunters and trilobites and giant fish that could chomp up a shark. These natural objects in motion and context make kids want to read; you can’t stop them from reading and thinking. —Robert T. Bakker

There are so many reasons why children should learn about fossils: 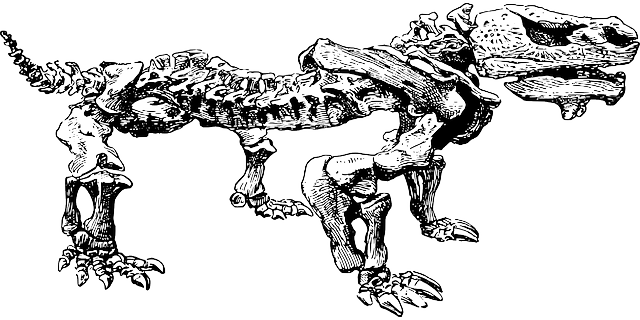 Fossils can tell us so much.
Image by OpenClipart-Vectors from Pixabay

Teach kids important science investigation skills by letting them explore paleontology.  Going on a fossil dig, examining fossils, trying to draw what a dinosaur might have looked like from its skeleton are great ways to get kids excited about science.  Stretch their imaginations and puzzle solving skills by having them explore being young paleontologists. 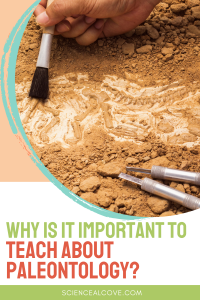