What are Fossils and How Exactly are They Formed?

Inside:  What are fossils?  They are the first love of paleontologists.  The older the better.  Love of dinosaurs may have started the passion.  But there is so much more to the field of paleontology.

What are fossils?  Great question! Paleontologists’ first love are fossils.  The older they are the better.  Love of dinosaurs may be the first reason a child dreams of becoming a paleontologist.  But there is so much more to this field than dinosaurs.

“There is nothing like geology; the pleasure of the first day’s partridge shooting or first day’s hunting cannot be compared to finding a fine group of fossil bones, which tell their story of former times with almost a living tongue.” Charles Darwin, letter to his sister Catherine, 1834”
― Charles Darwin

Don’t forget to check out the quiz at the bottom.  See how much you’ve learned about fossils!

Fossilization is a process.  Remains of once living organisms are preserved in a hard, petrified form.  A fossil can take many forms but is always a preserved remain, impression or trace of something once living in a past geological age.  So, what kinds of things does paleontology examine? They include:

Love of dinosaurs may be the first reason a child dreams of becoming a paleontologist. But there is so much more to this field than dinosaurs. Click To Tweet 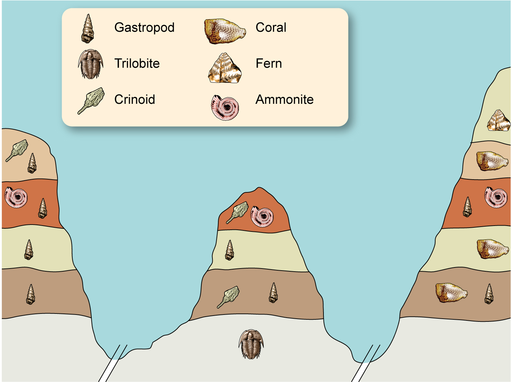 Through the study of fossils I had already been initiated into the mysteries of prehistoric creations. ~ Pierre Loti Click To Tweet

There are 5 main types of fossils.  They all come from the remains of things once living from a long ago geological age.  But how they are created is somewhat different for each.

Bones and whole skeletons have been unearthed.  These are a very rare type of fossil and form when the entire organism is encased in ice, volcanic ash or a peat bog. In many cases only the hard shells or bony skeleton are  preserved.  Because soft tissue, muscle, organs often disintegrate after death, animals with strong skeletons tend to leave their bones behind.   If conditions are ideal, they can survive for millions of years.  These fossils include:

These include whole organisms preserved in ice or amber or peat moss.  These fossils include: 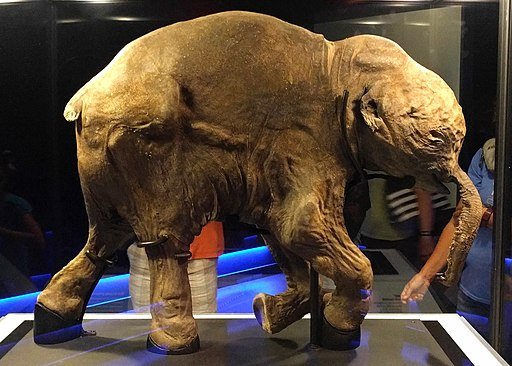 Molds and casts also look like bones or body parts.  A mold is a cavity in rock left when the parts of an organism decay.  Casts form when sediment washes into a mold and forms rock that is shaped like the organism.  These types of body fossils include: 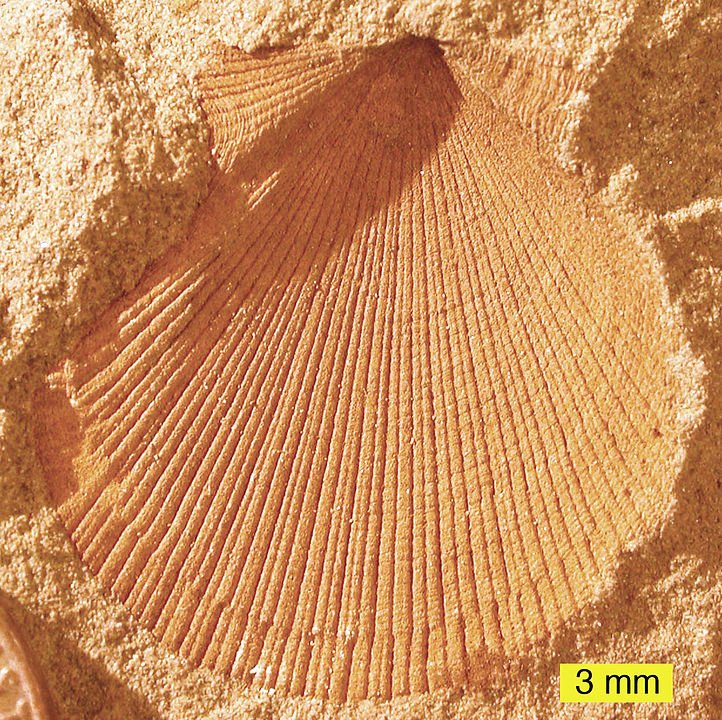 External mold of a bivalve from the Logan Formation, Lower Carboniferous, Ohio
Wilson44691 at English Wikipedia. Public Domain, – Photograph taken by Mark A. Wilson (Department of Geology, The College of Wooster).[1].

Also known as biomarkers, these fossils are the remains of cell chemicals found in sediment and rock.  They can remain stable and preserved for billions of years.  They include:

Also known as ichnofossils, they include marks or evidence of activity or behaviors of ancient animals or plants.  They do not include any actual biological remains of the actual organism.  In any case, they do provide evidence that something living was once there.  They include: 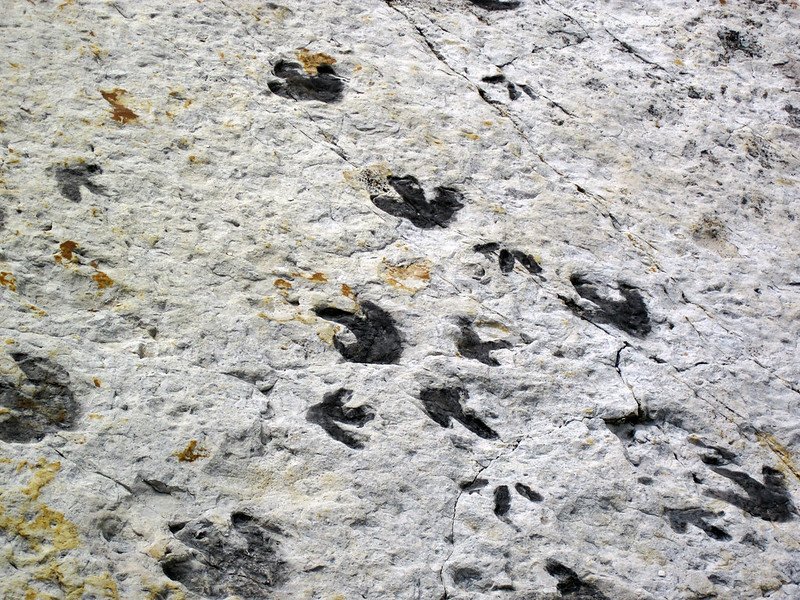 Some bones or whole skeletons are actually rock formed when minerals from groundwater filled the spaces in the cells of bones left over after decay of the soft tissues.  This process results in the creation of rock that takes the exact shape of bones or in some rare cases the entire skeleton of an animal.  These kinds of fossils feel much different from real bone.  As well, they are much heavier.  The process of creating rock fossils is known as permineralization.  Dinosaur bones are often of this type. 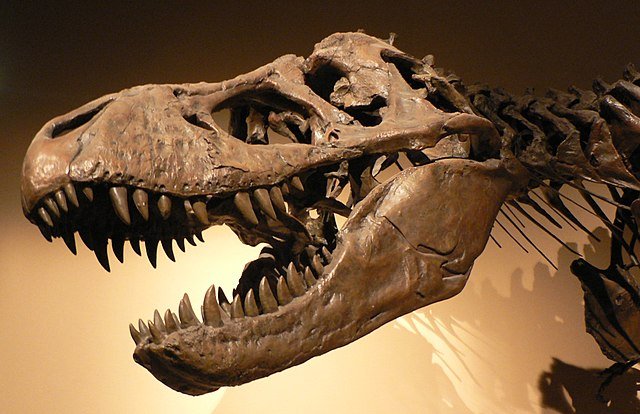 Petrification fossils are created in a similar matter.  However, all of the organism’s organic matter is replaced by minerals and turned to stone.  Petrified wood and many trilobite fossils are of this type. 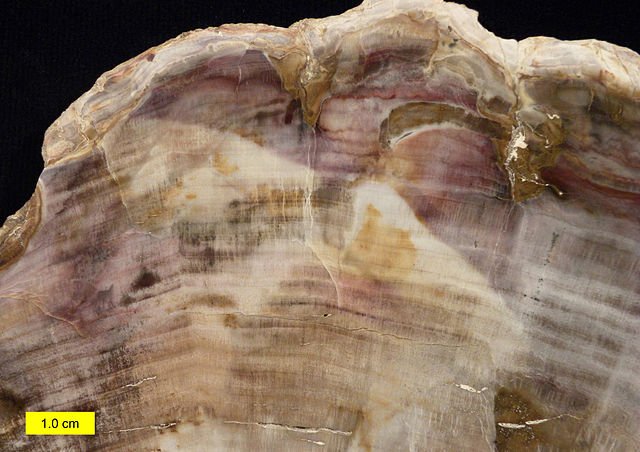 What can we Find Out from Fossils?

A lot of information can be figured out from fossils.  Paleontologists examined pterosaur bones which were a type of flying reptile.  As a result, they found out their bones were hollow and light just like birds.

Paleontologists can use fossils to learn so much about what life was like millions of years ago.

Read more in this paleontology series:  What Does Paleontology Mean and What Can We Learn?

Take the quiz and see how much you’ve learned about fossils: 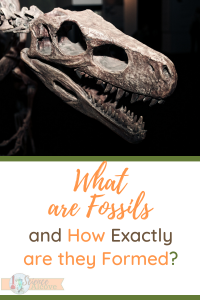