Logic Puzzles are a Powerful Way to Train Your Brain

Inside: Logic puzzles are a powerful way to train your brain to sharpen your inductive and deductive reasoning skills.  If you are a student of science, both of these skills are vital in research and working with the scientific method.  Both of these reasoning skills are also used daily navigating life and all of the potential choices of action required.

Logic puzzles are a great way to practice your reasoning skills.  We use various forms of logic every day.  There are 3 types of logical reasoning:

Logic puzzles are a powerful way to train your brain to sharpen your inductive and deductive reasoning skills. Click To Tweet

Sudoku puzzles and grid logic problems are a forms of deductive reasoning. I love both of these types of puzzle and do them regularly.

Pattern puzzles are inductive reasoning. You have to figure out the rule or rules that link the elements of the puzzle together. Kids begin inductive reasoning very early on in math programs by getting a list of numbers or letters and figuring out what comes next.

Inductive reasoning begins with specific observations and moves to broad generalizations.  It is used daily and also in science as part of the scientific method.  Let’s look at the following example:

So, I see a pattern.  Dogs bark at me in in at least two circumstances.  So I make a broad conclusion that fits my observations, that all dogs hate me.  As I meet more dogs and see their reactions to me, I might revise that conclusion.

All forms of inductive reasoning fit the form of taking specific observations and coming up with a broad conclusion that is likely to fit them.

There are 5 types of inductive reasoning:

Deductive reasoning can sometimes backfire however.  Take this example,

It is easy to make overgeneralizations from some observations.  When making deductions, it is helpful to make sure your conclusion makes sense. 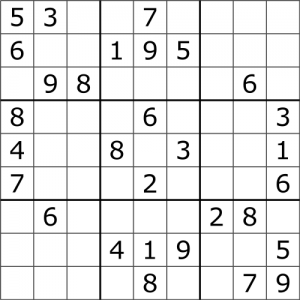 This type of reasoning is used a lot.  You are using incomplete observations and coming up with the likeliest explanation.  It is used by doctors all the time.  Patients explain their symptoms.  Doctors then are relying on perhaps partial symptoms to come up with a diagnosis.  A patient may fail to report all of their symptoms.  If they are evaluating an unconscious patient, all symptoms may not be apparent from direct observation.  In either case, the doctor must make the best prediction they can based on incomplete observations.  Often the best prediction is true in abductive reasoning but often it is a starting point.  More observations will often lead to a new and/or better prediction.

Abductive reasoning lead to out of the box thinking.  It can lead to leaps of logic that lead to revolutionary ideas.  Einstein used abductive reasoning to develop his theory on space-time which has stood the test of time. 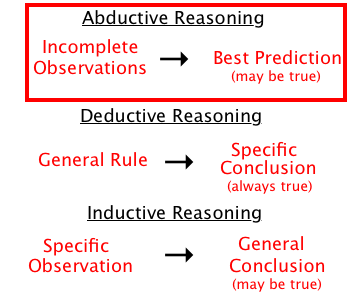 Grid logic puzzles also use deductive reasoning.  The player is given a bunch of clues.  From these clues, they need to figure out the relationships between different people, places and things.

Pattern problems commonly used in primary math are great examples of inductive reasoning.  Here you need to figure out the pattern first and then fill in the next few numbers or symbols based on the pattern rule.

If you look at the box, it is the same throughout.  The star inside the box, however, changes position as you move from left to right.  It moves from far left, to the middle, to the far right and then down the side of the box in a similar manner.  The correct choice in this case would be c.
Logical reasoning skills are very important for kids and adults to develop and continue to practice.  Regularly completing logic puzzles is a great way to challenge your brain and develop both your inductive and deductive reasoning skills.  Join my newsletter by filling in the form above and download a couple of logic puzzles to try.  You’ll find yourself getting hooked on logic puzzles just as I have. 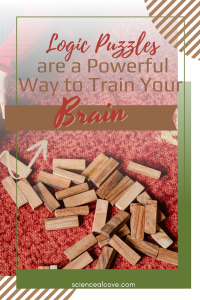