What is DNA Fingerprinting and 10 Practical Ways it is Used

Inside:  DNA fingerprinting is a cool piece of technology.  It give clues to our past and can help shape our future through insights to health concerns controlled by our genes.  Genetic forensics is important in crime fighting and as the technology improves, the more accurate and faster the results.  *Note:  You will find Amazon links within this post.  If you click I might make some coffee money at no cost, of course, to you.

What is DNA Fingerprinting

DNA fingerprinting pieces together the puzzle that is your genetic profile.  Taking out the DNA from cells and processing it to discover its hidden secrets is also known by a few other names – DNA typing, DNA profiling, genetic fingerprinting, genotyping, or identity testing.  In my previous post, What is the Structure of DNA and Why is it Important Anyway?, I outlined the basic structure of DNA including that it is composed of very specific base-pair sequences.  If you haven’t read that one already I suggest you go back and do so it.  You’ll have a better appreciation for what you read next if understand the basic structure of this fabulous molecule.

A guy by the name of Alec Jeffreys, a British geneticist, developed the technique of DNA fingerprinting in 1984.  He found ‘minisatellites’ within all DNA.  These repeating sequences do not affect the function of genes but they are unique to every individual.  Therefore, the pattern of these minisatellites can be used for identification of individuals.

What can we do with DNA Profiling?

So, this process of DNA typing shows the genetic makeup of any living thing since most living things have DNA.  DNA fingerprinting is used in courts as evidence.  When identifying a body is impossible by other mean it can be used. Blood relations can be discovered and cures for diseases, like Covid 19, can be developed.

There are 7 steps to this process.  If you want to read them in more detail then I recommend checking out A beginner’s guide to DNA fingerprinting.  This article from Dr. Ed Hollox of the University of Leicester gives a pretty easy to understand rundown of the process involved.  My son and I just sent our spit to 23 and Me to have our DNA analysed and I’m sure the process will be quite similar to what you read in the above article.

Read on to discover 10 cool things scientists are using this DNA technology for in the real world.

In law enforcement, a dead person may not be found in a condition that makes them easy to identify.  Depending on their state of decomposition, DNA analysis may be the only way available to figure out who the person is.  Identity confirmation is also used in paternity cases when the identity of the father is not clear.  Adopted people can use DNA fingerprinting to discover clues to the identity of biological parents and/or relatives. 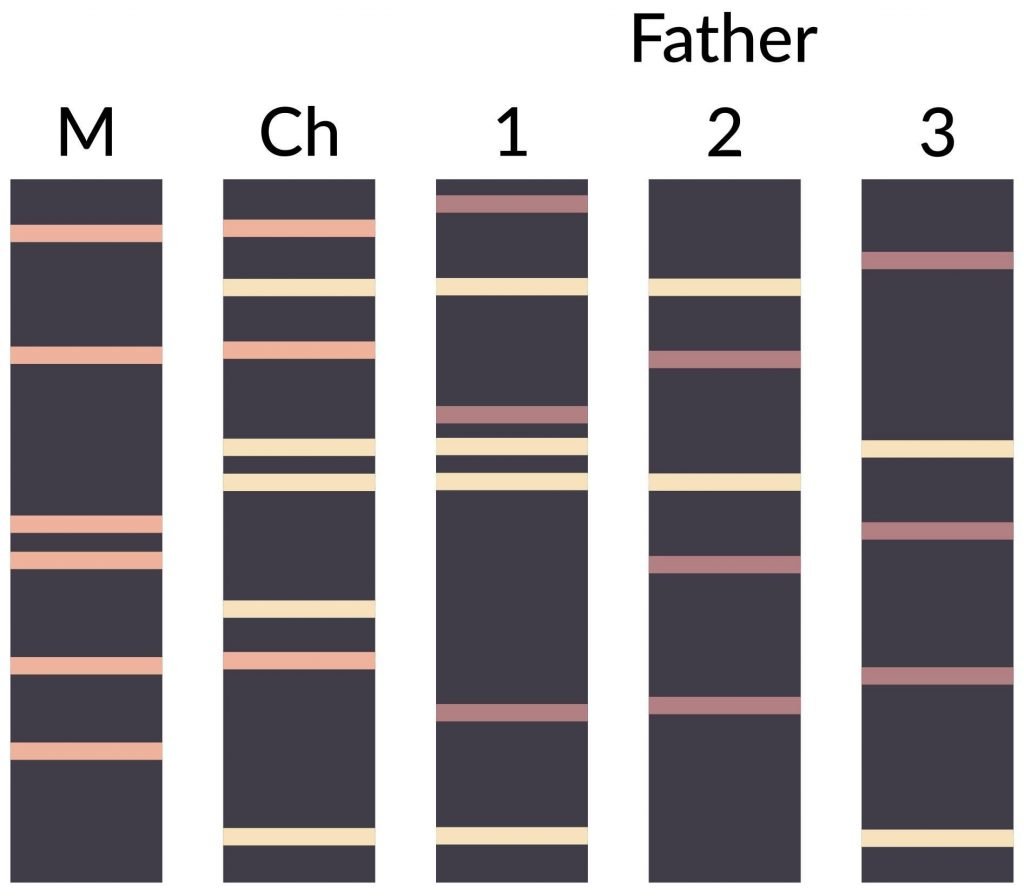 By analyzing DNA, errors in the base-pairs of DNA can be discovered  which can tell the person’s risk of developing a hereditary disease or their risk for passing on an inherited disease to future children.  Prevention of or reducing the severity of some types of disorders like breast cancer, high cholesterol and heart disease are possible if you know you have gene sequences that increase your risk of getting the disease. If you know you have the gene you then have the opportunity to change your  diet, your exercise routine.  You can limit your exposure to toxins or UV  light that increase your risk.

When scientists know what sections of DNA have ‘bad’ sequences, new techniques can cut out the bad and replace with corrected DNA.  This very cool piece of tech can help understand and/or cure disease.  Check out the video below that outlines how CRISPR, a powerful tool for editing genomes, works.

Most scientists agree that most diseases are not controlled by just one gene.  Exceptions are cystic fibrosis, sickle cell disease, Fragile X syndrome, muscular dystrophy, or Huntington disease.  Most diseases are affected by multiple genes and also have environmental triggers.  You may for example have genes for a particular cancer, but if you are never exposed to the environmental trigger then you won’t get the disease.

One disease may turn out to be several diseases with the same symptoms.  Type II diabetes, for example, can be caused in at least two ways:

Understanding your genes can also provide information of drug therapies appropriate to you.  For many diseases, there are a number of choices for drug therapy.  Genetic fingerprinting can determine your specific genetic makeup.  A lab can then check which drugs would be likely to work best.  Gene tailored drug therapy would remove a lot of the cost involved in buying and taking drugs that won’t work.  They also would eliminate negative reactions to drugs not suited to you.

DNA analysis is also critical in the development of vaccines.  Determining the genetic sequence of viruses can determine how quickly they will spread and the severity of the illness they cause.  Determining how viruses that cause serious illness differ from others at the level of their genes is vital information needed to develop therapies including vaccines.

Forensic science is important in crime investigations both for current cases and cold cases.  Humanitarian crimes including cases of genocide can also benefit from genetic forensics.  Missing persons cases are also solved using genetic forensics.  It is used at the Defense POW/MIA Accounting Agency.  According to Audrey McAvoy of the Associated Press:

“Three-quarters of the remains the agency identifies are determined with the help of mitochondrial DNA, which is a type of DNA that’s passed from mother to child. The lab does this by taking DNA samples from bones and teeth. “

At the dawn of genetic forensics, large samples of blood, hair, body fluids or skin were required to get reliable results.  Those situations are often not available at a crime scene, especially if only bones are found.  Technology continues to get better and now it is possible to analyze much smaller samples from crime scenes.  Very old bone can provide DNA that can be used to provide clues to the owner’s identity when alive.

Genetic forensics can be used to:

Anthropologists use genetic forensics to fine tune the human family tree.  New bone evidence that is found can now have DNA analyzed and compared to other samples.  It is amazing that scientists can now work with ancient DNA to figure out our evolutionary past.  From genetic testing of DNA, anthropologists have found out modern humans interbred with other similar species like Neanderthals and Denisovans. It is getting easier for scientists to place new fossil evidence into the right place in our family tree. 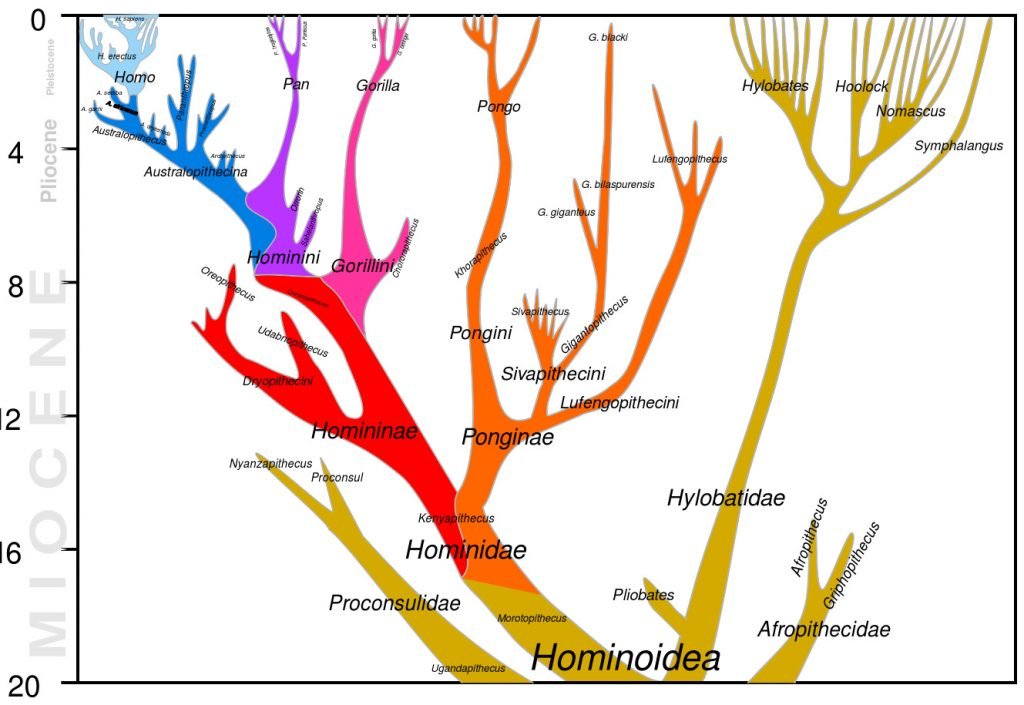 DNA analysis gives everyone the option of finding relatives, finding family origins, migration patterns of ancient relatives and filling in blanks in your family tree.  As well, some of the ancestry test kits like AncestryDNA and 23 and Me allow you to download your raw DNA data.  With that download, you can find lots of other websites, some free and some paid which will allow you to upload that raw DNA data to get even more information about your own DNA profile.

Raw data from two kits, 23 and Me and AncestryDNA can be uploaded into a couple of 3rd party sites that give you some pretty comprehensive information.  My son and I have submitted 23 and Me test kits.  He at least will be submitting his raw data to one site in particular, DNAFit, that claims to provide a bunch of health details:

My son is a varsity football player.  He plans on modifying his diet and training to some extent based on the information he receives.  I’ll update this post once we get access to this information.  If access to this knowledge does influence your lifestyle choices for the better, it might just be worth the cost. 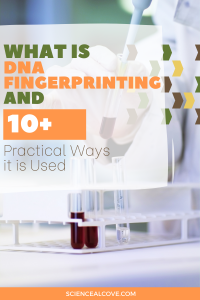