What is the Structure of DNA and Why is it Important Anyway?

Inside:  What is the structure of DNA?  Read on to find out about this important, complex molecule that contains the blueprint for creating all life on our planet.  *This post contains affiliate links.  If you click on them I might make a commission at no cost to you.

The Importance of DNA

The structure of DNA is important but first you should know what it does.  Most people have heard about DNA – deoxyribonucleic acid.  It is the molecule that we have in common with every living thing on earth.  Yup…all living things have DNA.  There are many animals that share DNA sequences with humans, some of which may be a surprise.  Dogs share about 84% of our DNA and even chickens have about 60% DNA in common with us.  The chimpanzee, also a primate, has been estimated share from 98 to 99% of our DNA.

The structure of DNA is important but first you should know what it does. Click To Tweet

Why is DNA important?  Most DNA is located in our nucleus with a little bit found in our mitochondria (little organelles that make sure we have energy).  DNA contains the blueprints to make proteins needed to make our cells and other stuff we need to survive.  It determines physical features and has a big impact on our behaviours.  Small changes in DNA can have huge impacts on the development of any organism.

One tiny change in our DNA can result in devastating genetic diseases like cystic fibrosis.

Consider DNA the instruction book for making an organism.  Our instruction book contains about 3 billion letters (bases) making about 20 000 words (genes) located on 23 books (chromosomes).  Each word or gene makes a particular message or protein that forms an organism and makes it work.

What Two Scientists Established the Structure of DNA

American biologist James Watson and English physicist Francis Crick discovered the double helix nature of DNA in the 1950s.  Their names are most closely linked to the discovery of DNA.  It was actually Swiss chemist Friedrich Miescher who discovered this molecule in the late 1860’s.  A whole slew of other scientists contributed to the overall picture of DNA up to and beyond Watson and Crick’s contributions.  If you’re looking for a great poster to show the important history of discoveries of DNA, you can find it in my free resource library.  Sign up below.

DNA is made of units called nucleotides.  Each nucleotide is made up of 3 parts: 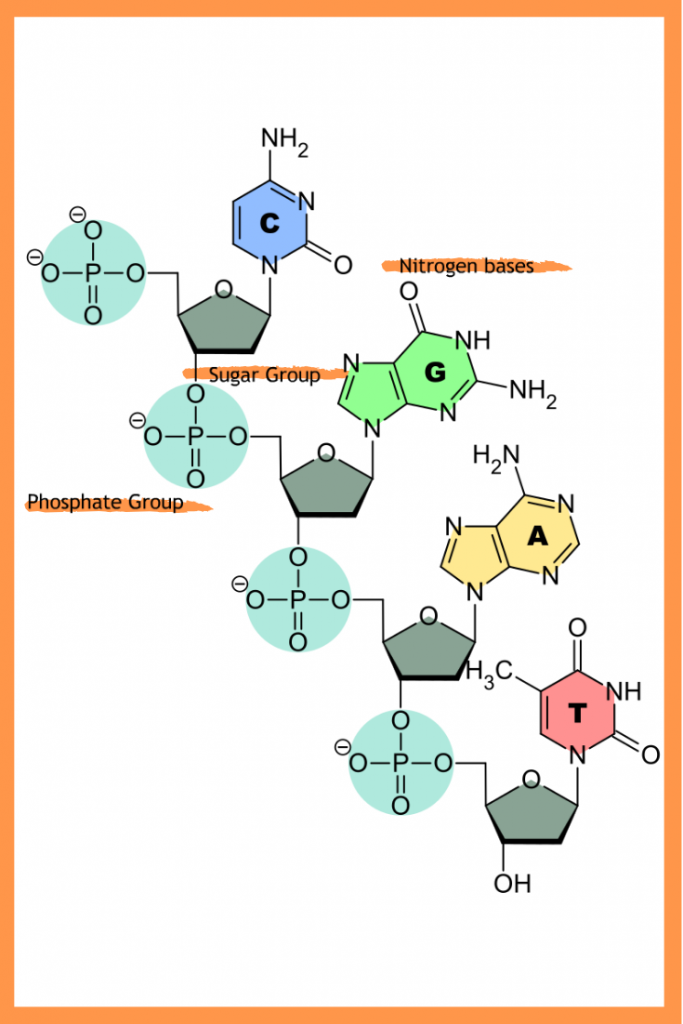 The 4 types of nitrogen bases are:

To make a strand of DNA, nucleotides are linked into chains.  The phosphate and sugar groups alternate.  One DNA molecule forms a double helix.  It is made up of 2 strands.  The strands join together through connections between the nitrogen bases and look like a twisted ladder.  A is attracted to T and G is attracted to C.  The attractions between the base pairs form bonds that keep the two strands together.  The unique chemistry of the parts of the DNA strands causes them to twist into that ladder-like helix shape.

The order of these bases determines the instructions.  Every three bases makes up an amino acid.  A bunch of amino acids joined together makes up a protein.  So a section of DNA will code for a specific protein 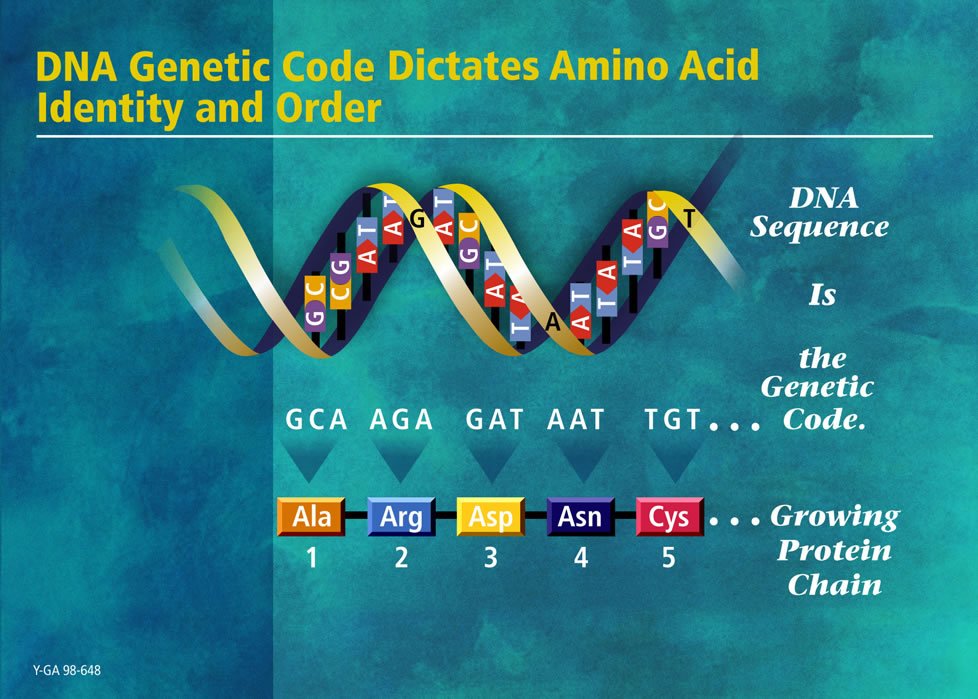 Each section of DNA that has the instructions for 1 protein is known as a gene.  The size of a gene can vary greatly depending on the size of the protein it is coding for.  Genes can range in size from 1000 base pairs to 1 million bases for more complex proteins.  Genes are only about 1% of the instructions found within DNA.  Other DNA sequences will determine when a protein is made and how much of that protein is created.

DNA is the molecule that contains the instructions to create all the proteins an organism needs to survive, develop and reproduce.  In order for those proteins to be made, two stages are necessary.  First enzymes read the DNA molecule and make a secondary single strand molecule called messenger RNA (ribonucleic acid).  As mentioned, RNA is single stranded but its composition is similar to DNA.  However, instead of deoxyribose sugar, the RNA strand has ribose sugar. 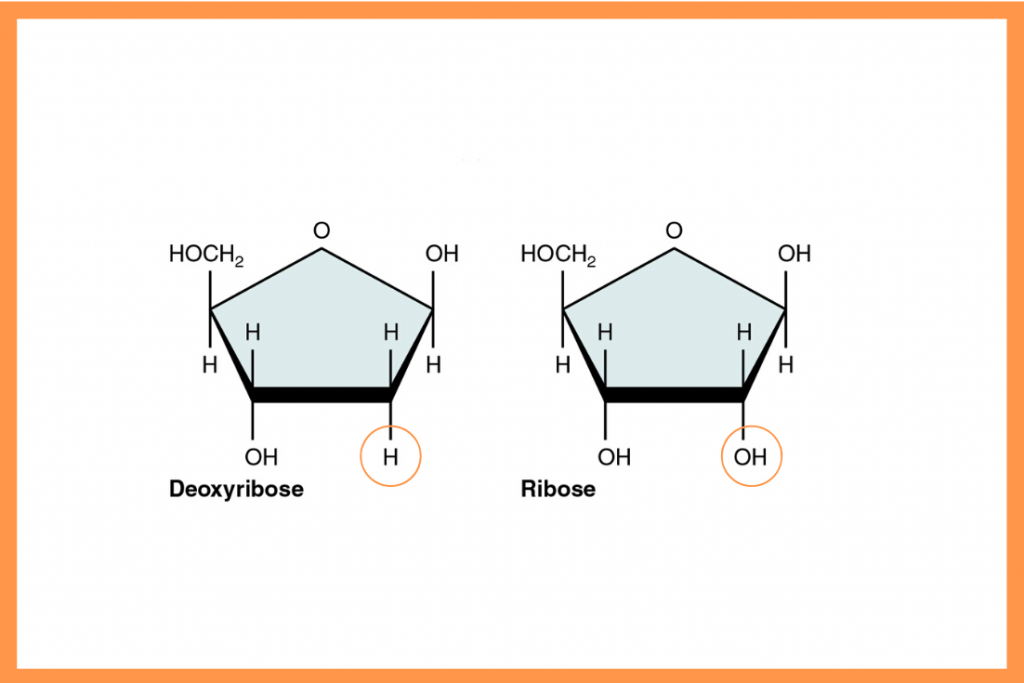 More on the Structure of DNA

Want a cool book for your baby or toddler that will inspire an early love of science?  Check out this book review:  What Does DNA Stand For?: An Awesome Baby Biochemist Review.  The author of this picture book has some other great titles.  Check them out here.

Some viruses have DNA.  Not everything that has DNA is considered alive.  Judge for yourself.  Check out my activity, Viruses-Dead or Alive.  Find it in my TPT store. 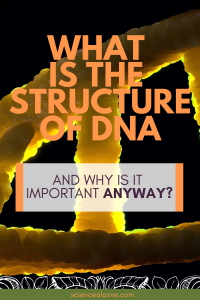