Have You Read this Amazing Story? “The Quantum Realm Philly the Photon” Review

Inside:The Quantum Realm Philly the Photon review contains my own opinions and impressions.  I did, however, receive a complimentary publishers copy of the novel. Despite some minor weaknesses in character dialogue, it is a thoroughly engaging story that simplifies quantum physics for both kids and parents.   *Note: This Quantum Realm Philly the Photon review has an Amazon Affiliate link.

The Quantum Realm Philly the Photon review contains my own opinions and impressions.  I did, however, receive a complimentary publishers copy of the novel. As a science blogger, I was intrigued with a science fiction children’s story attempting to explain a hardcore physics theory.  I have presented my impressions below without influence from author or publisher.

The Quantum Realm Philly the Photon 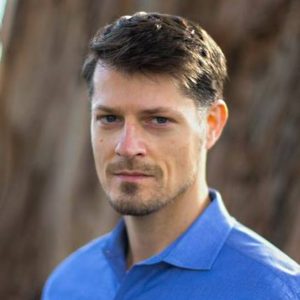 The Writer of the Quantum Realm

As of 2015, Mark lives in the San Francisco Bay area. He works for one of the leading Medical Research and Teaching Institutions—The San Francisco Veterans Hospital. He is passionate about Science and Technology in education and seeks to help all, especially children, have a deeper understanding of science, most particularly, quantum physics.

Mark struggled with mental health issues for fifteen years.  In 2010, he sought help through the Psychotherapy process called EMDR. He experienced near instantaneous relief from his symptoms and was inspired to understand how his mind had been changed. Mark studied Biology, Psychology, Neuroscience, Chemistry and, finally Quantum Physics. Through this journey, he felt compelled to understand the mysteries of Quantum physics and how it applied to the human mind and our relationship with everything. This novel was born from that healing process and his desire to share his understanding of quantum patterns with his son.

“Most importantly, this book will help you understand universal interconnectedness and of the impact that we have on everyone and everything in our environment” – Mark Montgomery

The focus of The Quantum Realm: Philly the Photon is a boy named Sebastian.  Sebastian has a terrifying experience during a lightning storm while out in the woods with his father.  After father and son make it home, Sebastian needs to come to terms with his ordeal.  He feels humiliation at his fear.  He talks with his father to process those feelings.

His father has a scientific mind.  He helps his son relax by encouraging him to ask questions. Eventually, Sebastian’s questions settle on the electrical storm, the source of his extreme fear.  Sebastian’s father tells him that questions are good.  His understanding hinges on not only asking questions, but in asking the right questions.

“We are seeking the Theory of Everything.  The problem is that in order to find an answer we must first ask a question.  The key is asking the right questions.  This is not as easy as it seems.” — Sebastian’s father

In so doing, the father outlines the scientific method for Sebastian:

In talking about the electrical storm, Sebastian’s,dad Emcie tells him that there’s more to lightning than meets the eye.  He asks Sebastian if he’s heard of photons, gravity, electrons?  Sebastian falls asleep with these ideas stuck in his brain and he has a dream….or is it?

Does Sebastian make it home?  You’ll have to read the story to find out.

Quantum physics is a challenging concept.  You’ll be rewarded at the end of your read by not only an engaging story but a deeper understanding of a complex physics concept made approachable in an engaging children’s story.

The Quantum Realm Philly the Photon Review:  My Impressions

This young adult novel has both strengths and weaknesses.  The weaknesses are few so let’s start there.

The story weakness, for me, lies in the dialogue. This weakness is especially clear at the beginning of the story where Sebastian and his father speak in his bedroom.  Sebastian’s fear of the storm and his relationship with his dog and father lead me to see him as a tween, 11 or 12 years old.  Sebastian’s language is often too advanced.  He uses word choices not typical for a pre-teen.

“However, it was so spectacular that I couldn’t help thinking how similar it was to the magic wielded by some of the characters in the fantasy books that I read.” — Sebastian

Because it was not language typical of a younger child, I was taken out of the story.  However, I persevered, got past chapter 2 and the pace and dialogue improved tremendously.

There were times, again in Chapters 1 and 2 of the story where I felt Emcie’s conversation with his son was much too formal.  When I spoke with my kids, even when they were very young, I didn’t use baby words but my word choices were age-appropriate.  There were words used by Emcie that most kids Sebastian’s age would not be familiar with.  His conversation with his son was also often much too formal.  Words like ‘attributed’ and ‘rooted’ are too advanced for Sebastian’s age group.  Those words also lend a too formal tone to the conversation between father and son.  Most often when we talk with close friends or family we use informal language, contractions and simpler words.  Emcie might be a scientist, but his formal language again took me out of the story and I had to bring myself back into the action.

However, once Sebastian falls asleep and then finds himself on his journey of discovery, the story ramps up, the language becomes much more age-appropriate for Sebastian and any minor deviations are lost in the drama unfolding.

The big strength of this story lies in a strong child protagonist.  Sebastian is a fabulous role model for children.  He’s a normal kid with regular fears.  How many kids are afraid of thunderstorms?  Lots of them.  But despite those fears, he faces another terrifying adventure in an unknown world.  During this quest, he uses his scientific curiosity and questioning skills taught to him by his dad and he is the master of his destiny. Sebastian’s dad is not present to get him out of his jam.  It is more frightening but shows young readers that they too have the skills needed to solve their own problems.

The Quantum Realm Philly the Photon has an added bonus for science educators like myself who love to integrate literacy skills in their science lessons.  Not only does Sebastian tackle his own problems but he does it using the scientific method.  What a great tool to introduce the scientific method in your literature circles.  For the science educator, any way to include more science into your teaching day while covering other curriculum requirements is a bonus!

A number of Mark’s ideas incorporated into the story I found very interesting.  In particular, his idea that human behavior has a quantum basis is supported in research.  It is believed that our thoughts can affect others at a distance.  This concept is known as quantum cognition.

Quantum physics is an important area of research.  Teleportation and quantum computers are only two areas of application.  As such, it is important that even a basic understanding of quantum physics be part of scientific literacy especially in our younger generations.  Mark Montgomery’s story of Philly the Photon is a fresh, entertaining story for young people.  It is a great tool not only to entertain but to inspire a love for scientific inquiry and give both kids and parents more than a basic understanding of quantum physics.

I highly recommend this book for fans of science fiction. It pairs science fact with an engaging fictional world.Teachers and home schooling parents will also find this novel a great resource to combine literacy with science education.

If you are a parent with younger children or a teacher looking for a great novel to spark scientific curiosity in your students I recommend you buy a copy today.  Buy it and read it.  You won’t be disappointed. 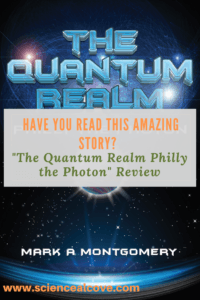