Inside:  Penguins are adorable. These birds in tuxedos are elegant flightless creatures. Do penguins have teeth? Ears? Waddle through these fun facts to find out.  This post contains affiliate links.  If you click, I may make some coffee money at no cost to you.

Penguins are sweet!  One of my favorite memories of going to the zoo is of the penguins.  Looking like little men in tuxedo’s, their antics never failed to entertain.  Although these charismatic seabirds seem so out-of-place on land with their awkward but cute waddling, their torpedo-shaped bodies kick ass in water. 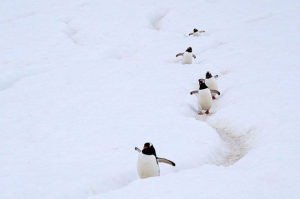 Watching them launch themselves down a slide head first and then slice into the water below was always entertaining.  It was so sweet how the group would line up and patiently wait their turn to dive bomb down that slide. Apparently, this playful good-natured behavior happens in the wild as well.  These striking creatures love to play.

We love penguins so much, in fact, that we have given them two special days a year – January 20 is Penguin Awareness Day and World Penguin Day celebrated on April 25 coincides with their annual northern migration.

“… Once a penguin finds its perfect other penguin, they stay together pretty much forever.”
― Anna Staniszewski, The Prank List

Here are 20 interesting facts about these charming tuxedoed birds. Waddle through these interesting penguin facts to educate yourself about why they’re not just so freakin’ cute but are also an important part of our world.

Did you enjoy these fun penguin facts?  If you’d like to learn more about these unique southern birds, check out Great Courses Plus and search this title: Living Among the Penguins.

Want to bring penguins into your lessons? Check out these cool activities! 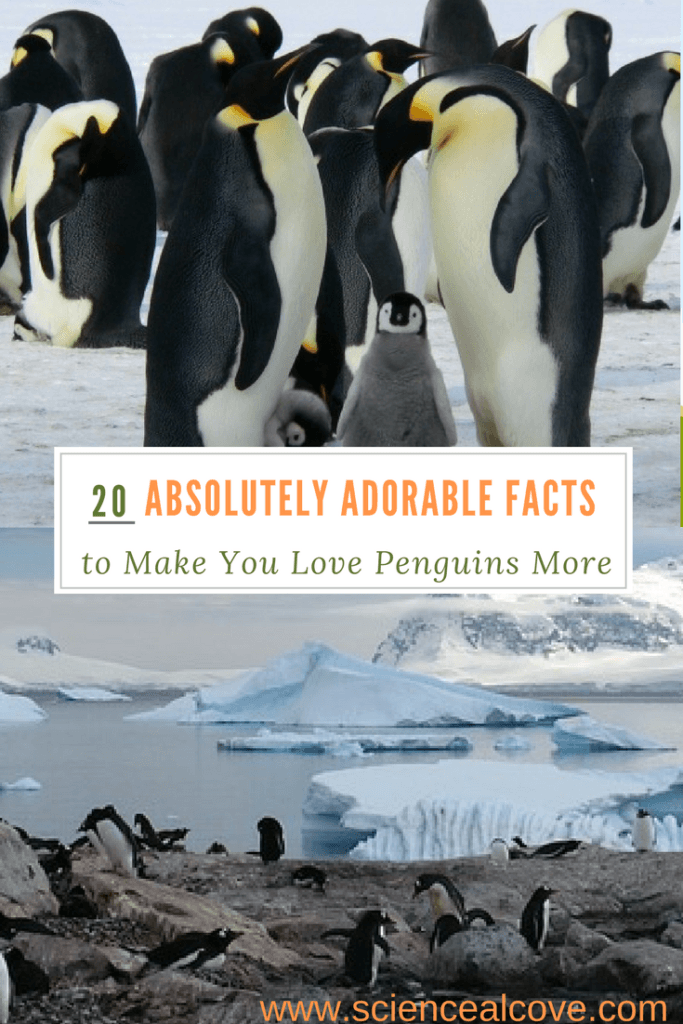