Top 3 Science Achievements of 2015 According to Science Alcove Readers 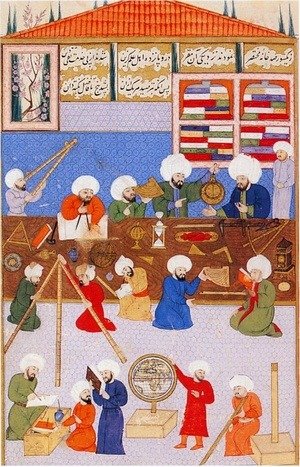 Some of the top science achievements of 2015 are personal to me.  My grandmother was diagnosed with breast cancer in the 1940’s.  After a mastectomy she miraculously, even back then, was a cancer survivor.  Tragically, she died two decades later in a house fire.  My mother has faced cancer twice in her lifetime.  The first time, in her early 50’s she had a grapefruit-sized tumor removed from her colon.  Again, she was a survivor just like her mother.  Almost 3o years later, she faced melanoma on her arm.  The surgeon removed a big section of skin and muscle.  Again, she was a survivor.  She turns 85 this year.  She was and continues to be a trooper.

After looking at the results of my poll, Top Scientific Breakthroughs of 2015, three achievements accumulated the most activity.  Two of them were medical breakthroughs while the third could give a much cleaner source of energy reducing or eliminating our dependence on fossil fuels.

HIV is a world plague that has taken millions of lives.  Many of us have a personal connection to this disease.  A cure to HIV would be a spectacular breakthrough.

HIV/AIDS has killed more than 25 million people. Without treatment, the disease gradually weakens the body’s immune system, usually over a period of up to 10 years after infection. —Doctors Without Borders

These statistics are staggering and cry out for a cure of this devastating illness.

Cancer is another world scourge that has us screaming for a cure.  We all have someone we know who’s been affected.  A universal cure for this devastating illness would also be a huge achievement.  Cancer is among the leading causes of death worldwide.

In 2012, there were 14 million new cases and 8.2 million cancer-related deaths worldwide.  In the next 20 years, the number of new cancer cases is expected to rise to 22 million mostly in Africa, Asia and Central and South America.

Global warming is a hot topic in both traditional and social media.   The 10 warmest years in the 134-year record all have occurred since 2000, with the exception of 1998. The year 2015 ranks as the warmest on record. Certainly, a environmentally friendly fuel would be considered a top science achievement.

So, drum roll  please, the top three science achievements as decided by you my readers are: