Has an HIV Vaccine for all Strains Really Been Developed?

Millions are affected by HIV world-wide.  This virus has been a known entity since the 1970’s.  Why hasn’t an effective HIV vaccine been developed in all this time?  Will we see one in our lifetime?

What is it about HIV infection that has made it so difficult to find a vaccine? Click To TweetScientists have worked tirelessly for decades.  In the November 2005 volume of The Lancet, pioneering HIV scientist Robert Gallo suggested among other reasons the following difficulties to developing a vaccine: 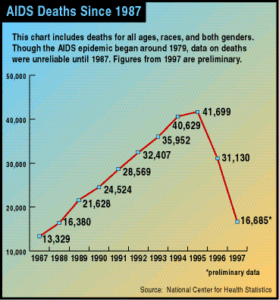 The earliest known case of infection with HIV-1 in a human was detected in a blood sample collected in 1959 from a man in Kinshasa, Democratic Republic of the Congo. (How he became infected is not known.) Genetic analysis of this blood sample suggested that HIV-1 may have stemmed from a single virus in the late 1940s or early 1950s.— The Aids Institute

Not Really an HIV Vaccine

A team at Scripps Research Institute, including Micheal Farzan, has discovered a protein on the surface of white blood cells that binds to a HIV virus in two places at the same time.  These receptor sites are what the virus uses to attach to the receptors CD4 and CCR5.

With the protein, called eCD4-lg attached, the virus can’t change the position of its receptors.  Thus it can’t escape.  In this tight hold, the protein blocks the virus from entering the T-lymphocyte cells.  If it can’t penetrate the cell, it can’t multiply.

Not an HIV Vaccine but a Vaccine Alternative

This miracle is not a vaccine but a vaccine alternative.  In non-human tests it is effective against HIV-1, HIV-2 and SIV.  It has worked against huge viral loads and has stayed effective for at least 8 months after injection. It works so well that this treatment acts like a vaccine giving long-term protection.

This protein, eCD4-lg, unlike antibodies, is effective on multiple strains of HIV. Click To Tweet This makes it so much better than a vaccine which provides protection only against the strain used to make the vaccine.

How Does the HIV “Vaccine” Work?

Just how do you get this protein, eCD4-lg, into the body and get it to give long-lasting protection like a vaccine? Gene therapy is the answer my friends.

In a nutshell, gene therapy uses genes to treat or prevent disease.  Instead of drugs or surgery, a gene is inserted into a patient’s cells usually using a virus to deliver the gene.

And so it is with the HIV vaccine:  the gene for the protein, eCD4-lg, is inserted into a weakened, harmless virus. The virus targets a patient’s healthy muscle cells inserting the gene into those cells.  The normal activity of those muscle cells now produces the HIV-blocking protein, eCD4-lg, which is continually pumped into the bloodstream.

In monkeys, this vaccine provided protection for 34 weeks.  It is strongly thought that the research team will be able to tweak the vaccine to give even longer protection up to years or even decades.

Human Trials for the HIV Vaccine

Human trials will be conducted, in one to two years, by Michael Farzan and colleagues funded by the Bill and Melinda Gates Foundation. Initially, the human trials will use the protein inhibitor, eCD4-lg, alone to test its ability to suppress the virus in affected people.

At the same time, this grant will also be used to improve the delivery mechanism of the gene coding this protein – the weakened virus.

It looks like a real solution to the HIV epidemic is around the corner.  Is it a real vaccine?  No, it is not.  But, through the ever advancing miracle of gene therapy, perhaps an even better solution is on the horizon.  Vaccines are very type specific meaning they will prime your immune system for only one strain of the virus.  HIV comes in many strains.

This therapy promises protection against all strains of HIV by providing the body with the instructions to make a protein that affects one factor in how they attach to the white blood cells, that has remained unchanged in all strains.

Better than a vaccine – I say it is a very definite possibility.