I used to love watching the Six Million Dollar Man when I was a kid.  After losing that much mobility in an accident – crashing from space as an astronaut would not be in the stars for me – waking up to find I was not only not paralyzed but was also stronger and faster than the average mortal would be very cool.

A bionic spine! It sounds like the discovery of the century. Click To Tweet And it is a major scientific achievement.  But like me, when you hear the phrase you are probably thinking of a true cybernetic device.  One that would do the work of the spine itself.  When I saw the title of this article, Australia scientists develop ‘bionic spine’ which could help paralysed patients walk I was amazed and hopeful.  So many would get the chance to be mobile using their own limbs.  It is, I’m sure, a dream Christopher Reeve held and that his foundation funds research for.  But does this bionic spine deliver that kind of result?

“According to a study initiated by the Christopher & Dana Reeve Foundation, there are nearly 1 in 50 people living with paralysis — approximately 6 million people. That’s the same number of people as the combined populations of Los Angeles, Philadelphia, and Washington, D.C. And that number is nearly 33% higher than previous estimates showed.” — Paralysis Resource Center

Paralysis is a devastating disability that affects millions in North America.  Stroke, head injury, spinal cord injury and multiple sclerosis are 4 of the most common causes of paralysis.  Giving these people any sort of mobility is a step toward greater independence.  So let’s examine the bionic spine developed in Australia because it is still nothing short of miraculous.

True Nature of the Bionic Spine or Stentrode

This device is modeled after the common stent used regularly for cleaning and repairing blood vessels.  A slight change adding an array of electrodes allows the person to communicate with and move robotic limbs.  It is not exactly using your own legs or arms but being able to use your own thought to move robot limbs….that’s still pretty cool and a major achievement.

So…..does this bionic spine cure paralysis and allow you to regain control over your own limbs?  Not really!  But it is still a really cool inovation.  This stentrode (cool name

) is implanted in the brain through blood vessels.  It is housed in a vessel near the motor cortex where it receives signals from active neurons. 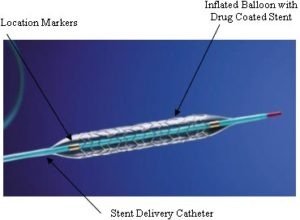 This information is transmitted to an implant in the shoulder which interprets the signals and then sends the information to robotic arms or legs.

With this bionic spine, developed by researchers in the Vascular Bionics Laboratory at the University of Melbourne led by neurologist Thomas Oxley, M.D., the person’s own subconscious thought can allow freedom of movement.

Cool Facts about the Bionic Spine

What do you think of the bionic spine?  Were you as intrigued as myself?  Leave your thoughts in the comment section!