Let the refining and improving of your own life keep you so busy that you have little time to criticize others. — H. Jackson Brown, Jr.

I diverge today from my usual science topics.  I have indeed had a busy weekend – definitely no time to criticize myself let alone wasting my time criticizing others.  What did I do this weekend? It was all football related for the most part revolving around my youngest son’s budding football career 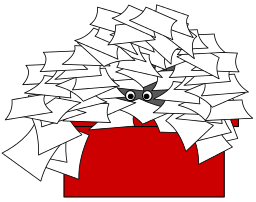 Monday I was up early to take Kieran to Brampton, Ontario which was another 2 hour drive.  He was competing in the Ontario Prospect Challenge where he hopes to be one of 50 participating in a series of regional games.  Again, we were in a sport dome and it was freeeeezing!  I’m home now and several hours later I’m still thawing out.  There were 70+ participants so his odds are pretty good at making the team.  He felt he had a decent showing of skill today so time will tell.  He was happy earlier in January to be chosen out of almost 400 participants to make the Top 100.

Tomorrow is the last in my series of events.  My oldest son is back from University of Guelph for reading week and gets to drive to Toronto Western Hospital leaving at 430 am for his third and hopefully last wrist surgery.  He’s had two bone grafts to repair a broken scaphoid bone in his wrist.  He was being a ‘stupid’ teenager punching a friend in the back which damaged it.  He thinks he sealed the deal when he continued to play football not realizing how badly he had hurt it.  This surgery is to remove the pins in his wrist – the rest of the hardware (screws) must stay.  The surgeon will be able to take a close look to see how it has healed since last June.  This is a great way to spend his reading week recovering again from surgery.  He’ll have plenty of time to study for an upcoming midterm and prepare for a debate he has at the end of the week.  Hopefully his recovery will be quicker than the other surgeries.

So there you have it.  I am about ready to pass out from late evenings and early mornings (I’m one of those girls who needs her beauty sleep

.  So, after this extremely busy weekend, my Monday Quiz will be moved to tomorrow again.  And I’ll try to work on my editorial calendar. I’ve been pretty pleased with my blog so far but I do need to do some serious pre-planning.  I’d like to get some monthly themes happening to start.  Baby steps I keep telling myself.  Well, I’m off to find comfy spot and if I fall asleep before I get much done well then tomorrow is another day!

Got young kids you want to encourage to be passionate about science?Check out KiwiCo and get super interactive kits mailed right to your door!