Inside:  How water pollution affects marine life is a growing concern. Marine ecosystems are being irreparably harmed through the bioaccumulation and biomagnification of toxins.  Try a simulation of biomagnification with my comprehensive lesson plan found in my Resource Library.  Request the password at the bottom of this post.

How Water Pollution Affects Marine Life is a complex question.  These days ocean pollution and global warming are the two hot ecological topics.  Polluting the oceans has a catastrophic affect on marine creatures.  But what affects them also affects us too.  Plastic pollution, in particular, is of great concern.  Companies like 4Ocean are trying to make an impact cleaning up marine environments of plastic waste and other material pollution.  Keeping the oceans clean is a community effort.  The more people that get involved the better.

Plastic and materials dumped into oceans is not the only human impact on marine life.  Industry dumps thousands of gallons of chemical waste into the environment, some directly into oceans, and other that seeps into water bodies through runoff and groundwater contamination.

How Does Water Pollution Affect Marine Life? It is not a simple answer.  Depending on your place in a food chain, the effects vary.

Marine organisms are affected by pollution in many ways but the most profound, long-term damage comes from the bioaccumulation of toxins such as metals, pesticides, herbicides and pharmaceuticals that make their way to the ocean. 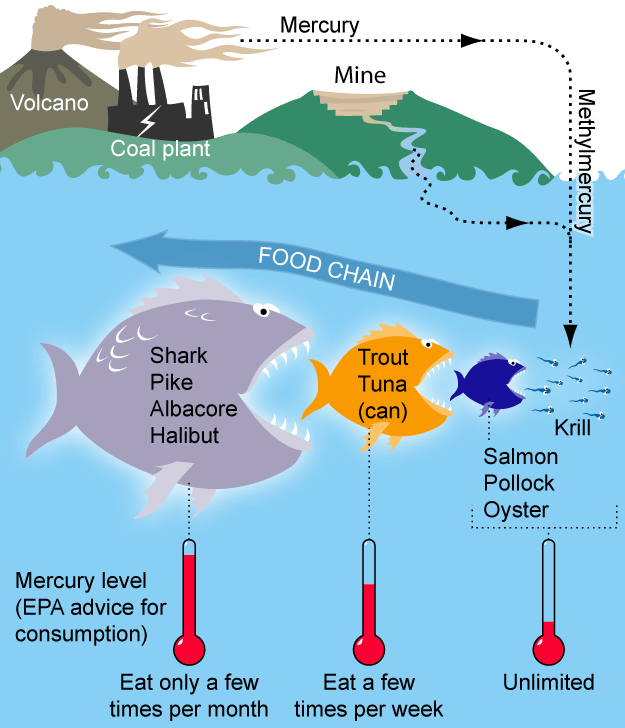 Bioaccumulation – a general term for the accumulation of substances, such as pesticides (ddt is an example), methylmercury, or other organic chemicals in an organism or part of an organism.–biology online

Most of these toxins can’t be removed from the body and are stored in fat and muscle tissue.  Biomagnification of toxins is seen in marine food chains.  These toxins begin in low levels in microorganisms such as plankton which filter-out these toxins.  Small fish eat hundreds of these plankton also ingesting the toxin and accumulating much more.  Big fish consume a large number of small fish accumulating an even larger concentration of the toxins until you reach top predators  like sharks, polar bears and humans— you get the picture!

Want a great lab that will help your students understand this concept of biomagnification?  Use the form below to get access to my free Resource Library that contains the Biomagnification Simulation Lab and all of my other free lesson plans, worksheets and infographics.  This lab package contains all printable materials you’ll need to complete this simulation.  Three clear plastic containers, calculators and writing materials are the only other things you’ll absolutely need.

Most marine mammals and sharks are at the top of their food chains and toxins accumulate in their fatty tissues and in the breast milk of mammals.  Bioaccumulation of toxins affects marine life in many ways:

Particularly sharks and marine mammals at the top of their food chains experience heavy metal accumulation :

Sheltered bays which are often used as breeding and mating grounds by large marine organisms experience lower water exchange resulting in the accumulation of toxins to even more dangerous levels.  DDT, mercury and organochlorines have been found in higher levels in sharks and marine mammals that stay in closer to human populations.

Bob Bohle of BlueVoice.org has compiled a list of the organisms containing the highest amounts of toxins accumulated from their environments.

What are your feelings about the plight of large marine organisms? After reading this I hope you think twice about what you put in the toilet or throw into water bodies. Most water systems ultimately connect to the ocean. Humans have an intimate connection with marine ecosystems. Many people around the globe survive on marine food, and so many of us, including myself, enjoy their lobster or fish at their local sea food place.  Bioaccumulation and biomagnification of toxins in the marine ecosystem; therefore, has direct impact on most of us. Feel free to add your thoughts on this issue in the comments below!

Want a comprehensive activity to allow your students to explore and comprehend the concept of biomagnification?  Check out my Resource Library here and fill out the form to gain access. 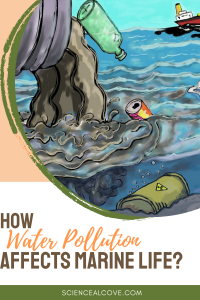